6th June 2017
For the UK’s businesses, keeping up with the constant changes in tax regulation can sometimes be a job in itself. 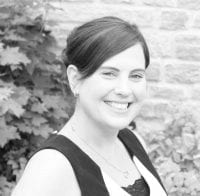 For the UK’s businesses, keeping up with the constant changes in tax regulation can sometimes be a job in itself. It’s easy to miss important changes which impact a business and its Directors. For instance, the government has recently been trying to close the tax gap between self-employed, employed and limited company owners. As a result, there were significant changes to the taxation of dividends.

April 2016 saw the scrapping of the notional tax credit of 10% on dividends, and the introduction of a £5,000 dividend allowance – this greatly reduced the value of tax-free earnings that could be made from dividends. This year’s Budget then also saw the announcement that the £5,000 tax-free allowance would be reduced by more than 50% to £2,000 from April 2018, a further blow to owner-managed businesses.

Following that, the recent announcement of a snap general election saw several key measures, including the planned reduction in dividend allowance, being dropped from the Finance Bill 2017 as there was insufficient time for it to pass through parliament in its full form.

However, directors of owner-managed businesses shouldn’t sit back and take their eye off the ball when it comes to tax. The changes that have already been implemented should be enough to raise the question of whether your current remuneration structure is still tax effective, and it’s highly likely that further change is to be expected. It is important to remember that the provisions taken out of the Finance Bill 2017 are only a deferment, and are likely to be reintroduced in a similar form when Parliament resumes after the General Election.

One method that could be a more tax-efficient means of extracting your earnings is to switch from drawing dividends to a receiving a salary, especially if your business is involved in research and development. The tax relief available to claim against R&D activity – regardless of the size of your business – has become more generous, and can offer some serious returns against the spend on contractors, salaries, raw materials and utilities that is part of developing new processes, products or services through R&D.

Our R&D Tax credits eligibility checker will help you find out if your business qualifies to make an R&D tax relief claim, or to check if the dividends opportunity is of benefit to you get in touch with an advisor by calling 0808 208 5221 for a free five minute consultation.