Social
Home » News & Insights » Record recession: How was it sparked and what will it mean?
eee
2 Min Read

Record recession: How was it sparked and what will it mean?

The coronavirus crisis has seen the UK plunge into recession for the first time since the 2008 financial crisis.

Countries worldwide have been hit by the pandemic, but Britain suffered the biggest second-quarter contraction of all the major economies.

Here we look at some of the key questions surrounding the economy’s record-breaking recession and what it means for Britons.

Why is the UK in recession and what does it mean?

The Office for National Statistics (ONS) officially declared the UK in recession – the steepest on record – after the economy plunged by a record 20.4% between April and June due to the coronavirus lockdown. 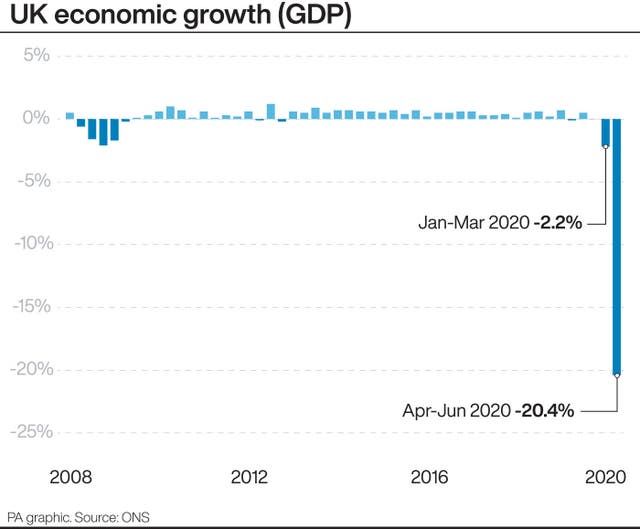 This follows a 2.2% contraction in the previous three months and means the UK entered into a technical recession, as defined by two successive quarters of falling output.

It marks the first time since the 2008 global financial crisis, when the UK fell into a year-long recession.

Why has the UK economy been the hardest hit among the major global economies?

Britain’s second-quarter contraction was the steepest of all the major economies, worse even than Spain’s 18.5% tumble and more than double the 9.5% plunge seen in the United States.

Experts say some of this is down to the later timing of Britain’s lockdown in March and the path of easing restrictions.

But the hit is also down to the make-up of Britain’s economy, which relies on the services sector for more than three-quarters of its output. 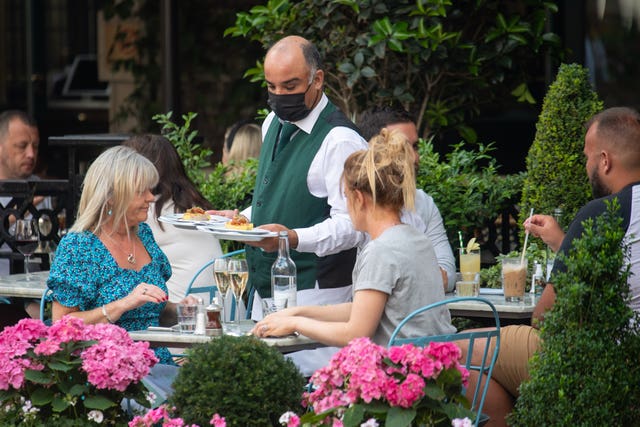 The UK economy is reliant on the service sector (PA)

The services sector – spanning retail and hospitality to banks and real estate – has been knocked particularly badly by the lockdown, with restrictions easing only slowly for many and some activities still not fully open.

What does the June rebound in the economy mean?

Monthly data showed gross domestic product (GDP) grew by a better-than-expected 8.7% in June, following expansion of 2.4% in May, as lockdown restrictions eased further.

With non-essential shops having reopened for business in June, it meant the powerhouse services sector notched up growth of 7.7%.

Restaurants, hotels and pubs have also since reopened, which is expected to lead to an even bigger bounce-back in July and August.

Experts believe the third quarter overall will see steep growth, meaning the UK will see a swift exit from recession.

Does that mean the UK economy is already out of the woods?

Unfortunately not. Despite growth over the past two months, the economy is still 22.1% smaller than it was at the end of 2019.

And there are fears the UK faces a long road ahead to economic recovery, given the threat of a second wave and possible further lockdowns, with a jobs crisis also on the horizon as Government support measures come to an end.

What does it mean for Britons?

Recessions ultimately have an impact on living standards, but the full effect will largely depend on the scale of unemployment and how long it takes for businesses and the jobs market to recover.

What does it mean for my business?

It comes down to cash. Having enough cash within the business will determine survival. For over 12 years we have helped UK businesses access cash they didn’t realise they had. Through R&D tax credits, a government incentive rewarding innovative businesses; companies can earn up to 33p per £1 spent on research and development, even if the project isn’t successful.

For more information or to find out if your business is eligible, visit our online resource page. Alternatively, you can speak to an advisor for a free consultation.