“Mission critical” plans are being submitted for a Coventry electric car battery plant that could create up to 6,000 new jobs.

Planning permission to build the 5.7 million square feet gigafactory will boost ambitions to keep automotive production at the heart of the West Midlands region, according to the joint venture behind the move.

Proposals for the site, which could create up to 6,000 jobs directly, and tens of thousands more in the supply chain, were first unveiled in February.

West Midlands Mayor Andy Street said it was “mission critical that the West Midlands secures a gigafactory” to safeguard its key industry, economy and the “future of our planet”. 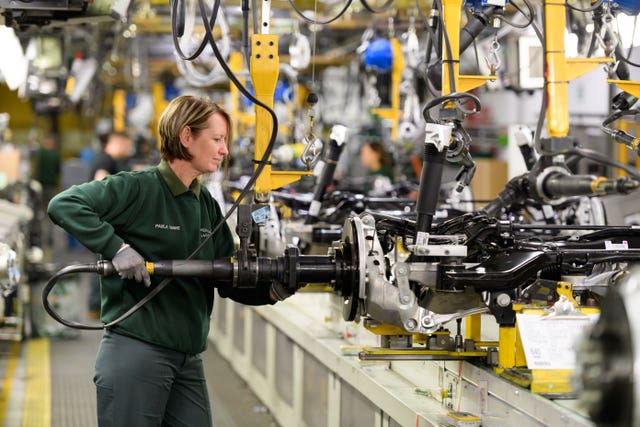 Coventry City Council is submitting the blueprint in partnership with the operators of Coventry Airport, where the plant would be located, in a move that backers say could attract £2 billion in investment.

If plans are passed, the site could be operational by 2025, though it would need investment from the private sector.

Local government sources have said discussions are “well under way with a number of potential suppliers” to take on the plant, including established battery suppliers and car makers.

Last week, Vauxhall’s owner Stellantis said it would invest £100 million to build electric vans and cars at Ellesmere Port, in Cheshire, which would make it the first large plant in the UK dedicated exclusively to electric vehicles.

Earlier this month, Nissan set out plans for a £1 billion electric vehicle hub in Sunderland, including a gigafactory built by Nissan’s partner Envision, a battery recycling facility, and production of a new all-electric car model.

That followed an announcement in December 2020 that construction of a £2.6 billion gigafactory – mooted as the UK’s first – by start-up Britishvolt in Blyth, Northumberland, was due to start in the summer.

In February, the country’s biggest car maker Jaguar Land Rover (JLR) – whose headquarters are next door to the proposed Coventry site – said it would be an all-electric brand by 2025.

The Government has signalled its ambitions for a home-grown electric car battery industry in the UK, by making up to £500 million available initially to help build gigafactories.

UK policymakers also announced last year that, from 2030, the UK will end the sale of new petrol and diesel cars and vans, a decade earlier than previously planned, as part of a 10-point “green industrial revolution”.

Midlands regional leaders are keen to attract electric car supply chain investment to the area, which is viewed locally as the historic heart of UK automotive manufacturing and employs thousands of people.

Apart from JLR’s factories at Solihull and Castle Bromwich, BMW has a large engine plant at Hams Hall, near Coleshill in north Warwickshire, producing more than 350,000 power units a year for models like the Mini.

Aston Martin Lagonda has its headquarters down the road in Gaydon, Warwickshire, while electric taxi and van-maker LEVC has a plant at Ansty Park, near Coventry.

Calling the latest step a “milestone moment”, Mr Street said: “By… going through the planning process now, we are trying to get everything in place for when a commercial negotiation between supplier and customer concludes, meaning we can move quickly to get the site operational as soon as possible.

“The West Midlands is already home to the country’s biggest car manufacturer, Europe’s largest research centre of its kind, the UK’s only battery industrialisation centre, and a world-leading supply chain.

“A gigafactory therefore is the natural next step for the UK’s automotive heartland, and I will not rest until we have secured one.”

Coventry City Council’s leader George Duggins said: “There is increasing pressure to ensure the UK is ready to take advantage of electrification and together the West Midlands is seizing the initiative to deliver for UK PLC as part of a green industrial revolution.”

“Our competitors are spending more and moving faster.

“UK manufacturers, our world class auto industry and consumers desperately need to know that the infrastructure is in place to help them go green.”

The Government will allow hands-free driving in vehicles with lane-keeping technology on motorways with slow traffic.

Cop26 president designate Alok Sharma said the Government can only meet its environmental targets with the support of the business community.

The investment aims to help the UK meet its legally binding target to cut greenhouse gas emissions to zero overall by 2050.