Global tax deal ‘will end the race to the bottom’, says Yellen

US treasury secretary Janet Yellen has said that deterring the use of tax havens will let countries compete on economic fundamentals – instead of by offering ever-lower tax rates that deprive governments of money for infrastructure and education.

Ms Yellen spoke after finance ministers from the Group of 20 (G20) major economies endorsed a global minimum corporate tax of at least 15%, a measure aimed at putting a floor under tax rates and discouraging companies from using low-rate countries as tax havens.

“This deal will end the race to the bottom,” she said at a news conference after the end of the meeting in Venice, Italy.

“Instead of asking the question: ‘Who can offer the lowest tax rate?’, it will allow all of our countries to compete on the basis of economic fundamentals – on the skill of our workforces, our capacity to innovate, and the strength of our legal and economic institutions. 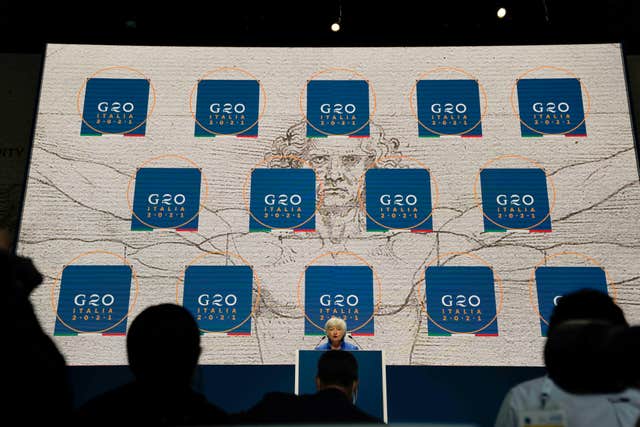 “And this deal will give our nations the ability to raise the necessary funding for important public goods like infrastructure, R&D and education.”

The global minimum proposal faces political and technical hurdles before it would take effect.

Details are to be ironed out in coming weeks at the Organisation for Economic Co-operation and Development in Paris, followed by a final endorsement by presidents and prime ministers of the G20 at an October 30-31 meeting in Rome.

Countries would then need to legislate the rate into their own laws.

The idea is for headquarters countries to tax their companies’ foreign earnings at home if those earnings go untaxed in low-rate countries.

That would remove the reason for using complex accounting schemes to move profits to subsidiaries in low-tax nations, and where the companies may do little or no actual business.

The US already has such a tax on overseas profits, but the rate is below the 15% minimum. 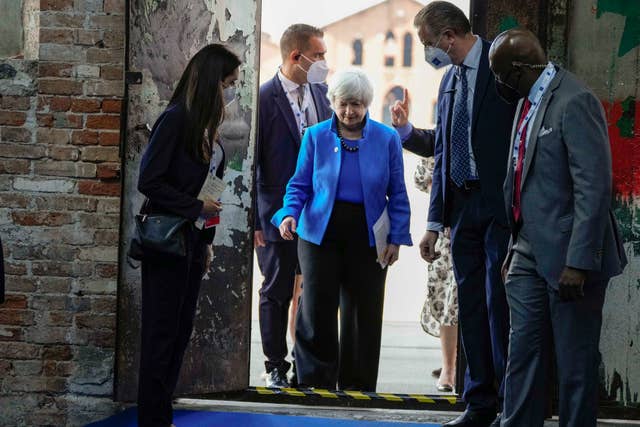 Congressional Republicans have expressed opposition to President Joe Biden’s proposal to raise the rate on overseas corporate profits to 21% to help pay for infrastructure and investments in clean energy.

The Democratic president has only a narrow majority in Congress.

Three European Union countries that took part in talks over the minimum tax have refused to endorse the proposal.

Ireland, Hungary and Estonia could obstruct adoption in Europe, where tax matters at the EU level require unanimity.

Ireland, whose low tax rates are part of its pro-business economic model, has said its 12.5% headline rate is a fair rate.

The tax proposal would also give countries the right to tax part of the profits of big global companies that earn money in their jurisdiction but have no physical presence.

Examples would include online retailing and digital advertising.

Some countries, led by France, have already started imposing such taxes on US tech companies such as Google and Amazon.

The US considers such taxes to be unfair trade practices and has threatened retaliation through tariffs on imported goods.

Under the tax deal, countries would drop those taxes in favour of a single global approach.

Why is the UK treasury exploring the introduction of an online sales tax, who is backing the idea and when might it come into play?

Last week, Chancellor Rishi Sunak set out the government plans for taxation and spending over the next year with his annual budget. We’ve rounded up everything innovative businesses need to know about the plans designed to help them build back better from the pandemic.

Corporation Tax is usually paid within 9 months and one day after the accounting period of your previous financial year. However, if your company has profits over or just below £1.5 million in an accounting period you may fall into the Quarterly Instalment Payments (QIPs) regime and be required to pay your Corporation Tax in quarterly instalments.