Focus at the COP26 summit turned Wednesday to how the world will pay for its ambitions to quit fossil fuels and help vulnerable nations survive climate change, as campaigners urged caution over promises of billions from financiers and governments.

Negotiators are tasked with using the remaining days of the Glasgow meeting to try to keep the Paris Agreement goal of limiting warming to 1.5 degrees Celsius within reach, after a world leaders’ summit yielded a landmark deal slashing methane emissions.

But a simmering diplomatic spat between the United States, China and Russia over their climate action ambitions showed the fragile nature of talks aimed at averting disastrous global heating.

With funding crucial for turning climate pledges into reality, hundreds of financial groups representing trillions in private capital made net-zero pledges on Wednesday, while British Chancellor Rishi Sunak said that COP26 would deliver on a decade-old promise to help poorer countries cope with climate change.

“We know that you’ve been devastated by the double tragedies of Covid and climate change,” he told the conference. 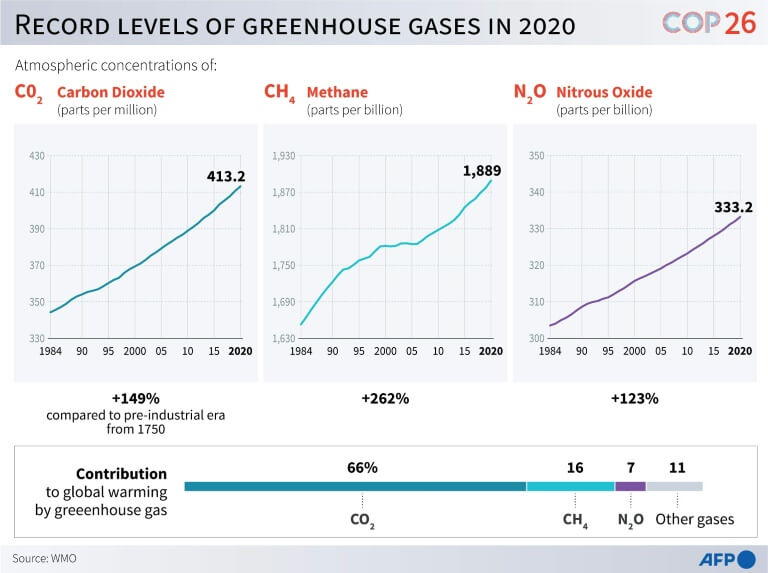 Delays in the funding, which missed its 2020 target, have reopened tensions between vulnerable nations, often the least responsible for emissions, and polluting wealthy nations.

Fiji’s Economy Minister Aiyaz Sayed-Khaiyum said developing nations were expected to “suck it up”, adding it was still unclear in what form the money would come in.

“Climate finance in 2021 is as volatile as the strengthening storms that rip through the fabric of our economy year in year out,” he told the conference.

The private sector is ratcheting up its climate pledges, with a coalition of 450 banks, insurers and pension funds with $130 trillion in assets announcing they would help countries achieve carbon neutrality by 2050. 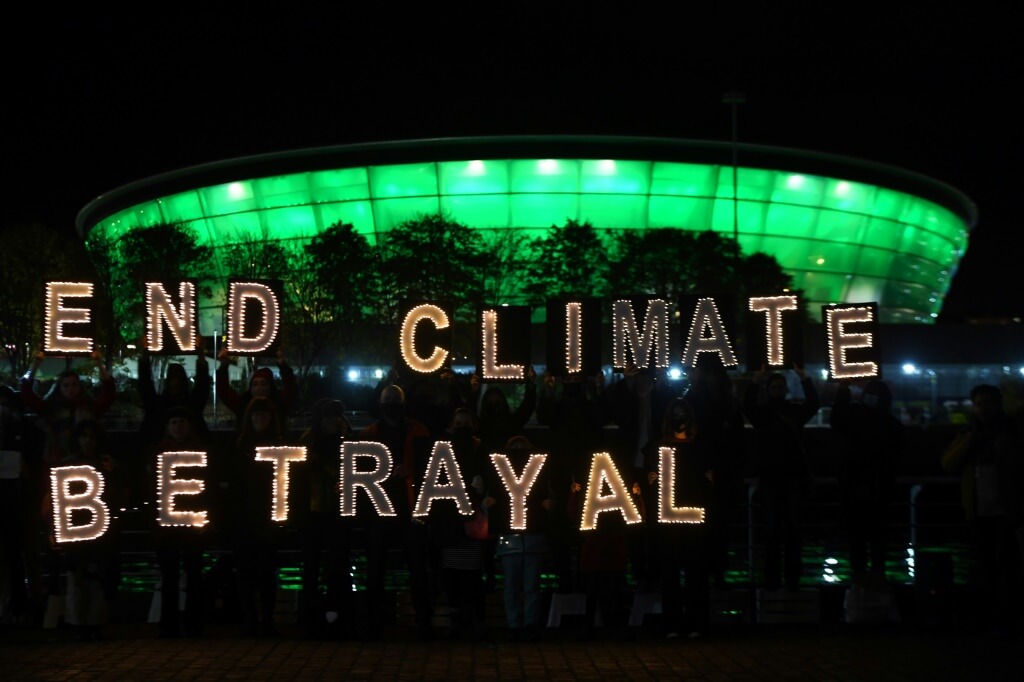 “The architecture of the global financial system has been transformed to deliver net zero,” he said.

“We now have the essential plumbing in place to move climate change from the fringes to the forefront of finance so that every financial decision takes climate change into account.”

Carney said the alliance would help the world reach net-zero emissions by 2050 “at the latest”.

Campaign groups reacted to the alliance with scepticism, pointing out that funds involved were still investing heavily in oil and gas.

“The commitments they have made are so full of loopholes, that there is plenty of space for some of the worst financiers of the worst polluters on the planet,” said Kenneth Haar of the Corporate Europe Observatory.

And on the streets of Glasgow, activists from the group Extinction Rebellion responded to the COP26 finance-themed day with a protest against “Greenwashing”. 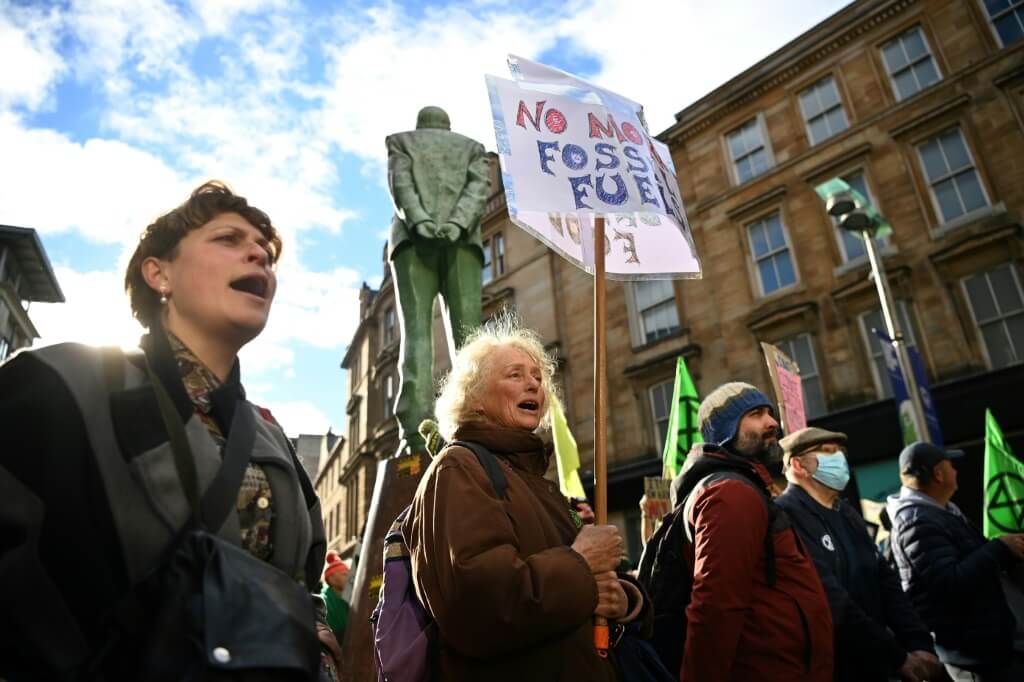 Delegations will spend the next 12 days thrashing out details of the Paris Agreement rulebook, including rules governing carbon markets and a unified “stock take” on emissions cutting plans.

Although organisers say they want COP26 to keep the 1.5C heating limit within reach, the UN says the most up-to-date climate pledges put Earth on course to warm 2.7C.

“Whether we can summon the collective wisdom and will to save ourselves from an avoidable disaster still hangs in the balance,” he said.

On Tuesday leaders committed to lower their emissions of methane — a potent greenhouse gas — by at least 30 percent this decade.

Experts said the pledge could have a significant impact on short-term global heating.

But a two-day world leaders summit ended with barbed comments from the two largest emitters, the United States and China.

“It just is a gigantic issue and they walked away,” Biden told journalists before flying out of Glasgow.

He said the same was true of Russian President Vladimir Putin, who is also missing the talks.

But China and Russia pushed back on that assessment on Wednesday.

And in a sign the acrimony could sour negotiations, China’s special climate envoy Xie Zhenhua told reporters late Tuesday that he did not support shifting the temperature warming goal to 1.5C, from a less ambitious Paris cap of well below 2C.

“If we are to only focus on 1.5 C, it means we are destroying this consensus between all parties,” Xie said.

Climate changed the size of our bodies and our brains – study

The Bank said its carbon emissions temporarily plunged by 74%; smashing through its target to reduce its footprint by 63% by 2030.