Maro Itoje, Chris Harris and Ken Owens were able to control the device using Vodafone’s low latency 5G network and motion control technology for supporters back home, who are unable to travel out and watch the team’s first Test match against the Springboks.

As each rugby star made contact on a tablet with a stylus in South Africa, a large robot arm stationed in London mirrored their hand movements, allowing them to write a personal message and signature directly onto the jersey in real-time, while chatting on a video call. 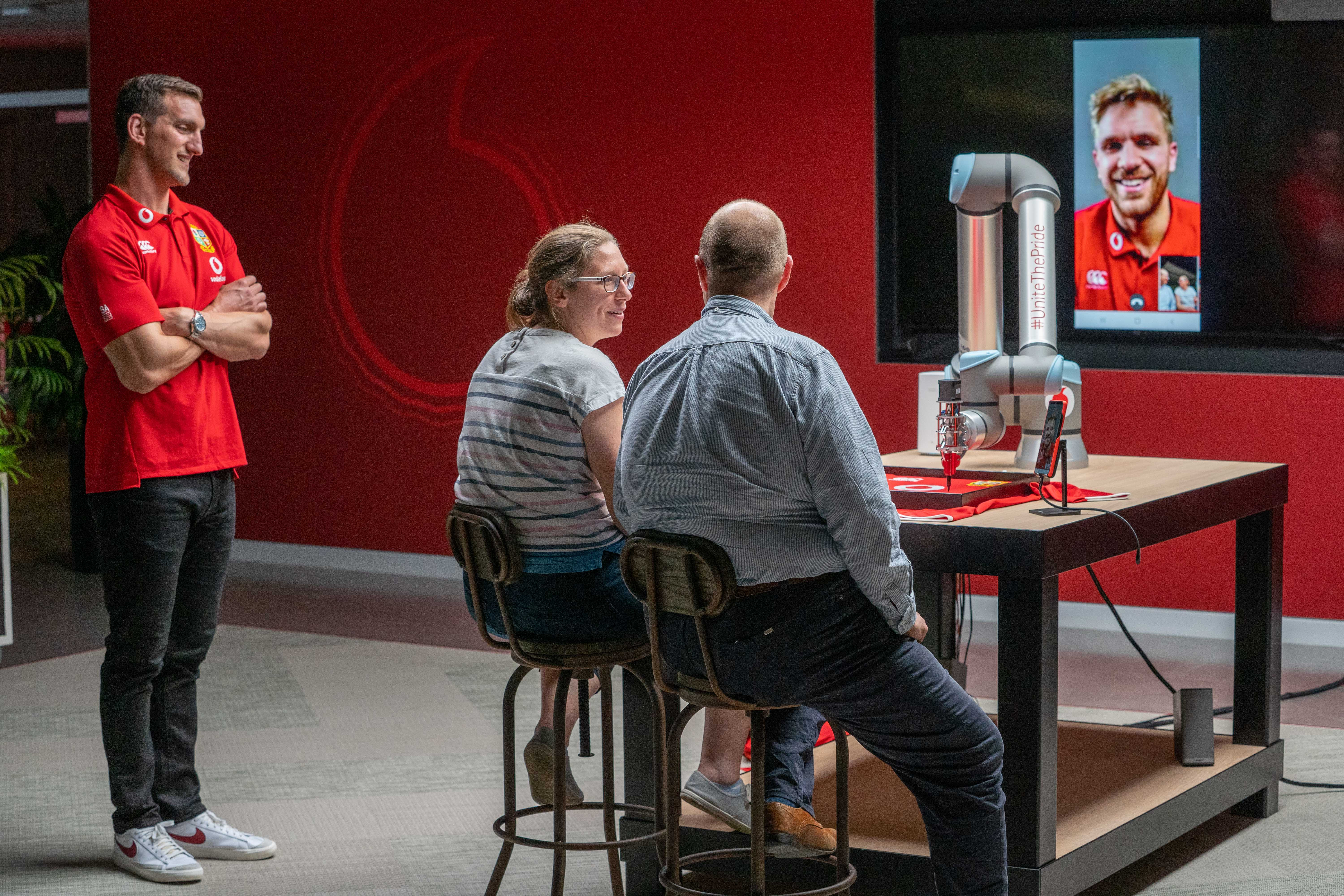 “Given we weren’t able to fly out to South Africa this summer; this experience is about as good as it gets,” said Graham Bartlett, one the supporters who took part.

“To be able to share words of encouragement with one of our nation’s greatest players and have that moment of connection during the 5G signing is such a privilege and a memory that I’ll cherish for years to come.”

Rugby fanatics Mark Probert and Mel Dee, who were due to marry last year and attend the 2021 Tour as part of their honeymoon, described the experience as “surreal”.

Mr Probert said: “Who would have thought we could still connect with the players at such a personal level in the midst of the Tour, from 8,000 miles away – and one of our favourite Gloucester boys at that.

“It was incredible. The autograph came out as if we were right there with them in South Africa.”

Max Taylor, consumer director at Vodafone, said: “For the fans that would have gone on this Lions tour to South Africa, getting a signed shirt would be a one of the highlights of the trip.

“The pandemic risked stopping that from happening – but we’ve used 5G to find a way to make it a reality.

“Throughout this tour, we’ve used technology and innovation to overcome barriers, and I’m delighted that we’ve given these fans a unique experience and something that they can treasure forever.

“A 5G-signed shirt is going to be a priceless souvenir from what is already proving to be a memorable tour.”

Scotland aims to be leader in 5G technology

£30 million of funding is being shared between tech innovators looking at how 5G can leverage industries across the country.

An augmented reality app to support Sir David’s forthcoming BBC series The Green Planet is among a host of ideas backed by the Government’s 5G fund.